Doctors with recent or current complaints have significant risks of moderate/severe depression, anxiety and suicidal ideation, according to a large anonymous survey published in the BMJ.

This is true regardless of whether the complaint is against a GP, an ophthalmologist, an anaesthetist, a gynaecologist-obstetrician, a surgeon or any other clinician.

Most of the 7926 respondents included in the study reported practising defensively as a result of their complaint. This included avoidance of procedures and high-risk patients.

Doctors who have recently received a complaint of any kind are 77% more likely to suffer from moderate to severe depression than those who have never had a complaint, write Tom Bourne and colleagues in their cross-sectional survey.

“We have also shown that 80% of doctors answering the survey reported changing the way they practised as a result of either complaints against themselves, or after observing a colleague go through a complaints process,” the authors write.

“The majority (84%) of doctors reported hedging behaviour in response to a complaint (ie, increased defensive practise), while many (46%) admitted avoidance. A further important finding was that many doctors who had a complaint (20%) felt they were victimised after whistleblowing, 39% reported that they felt bullied when they were going through the process and 27% had more than a month off work.”

Tego understands that complaints, claims and litigation can be stressful for medical and healthcare professionals, and has a 24-hour support hotline for clients: 1300 834 683.

The hotline is staffed by lawyers and provides expert counselling aimed at helping clients get through a claim or complaint quickly and strategically, so you can get back to providing healthcare with a clear mind.

Dr Oldham believes the number of notifications against doctors is on the rise given the ease with which a complaint can be lodged – an email or phone call to the Medical Board, a grievance on a doctor’s website or even a disgruntled post on social media.

“Most doctors I speak to are very concerned about how easily a malicious public complaint can be made against them.

“Even if the complaint turns out to be unfounded, a long-lasting stain can appear on the doctor’s reputation.

“All the doctors I have met worry about complaints, often lose sleep and sometimes become quite depressed. Some even cease practice, or change practice as a result.”

Doctors in the need of emotional support can contact one of the following organisations:

By Eric Lowenstein on Monday, April 8th, 2019 in General. No Comments 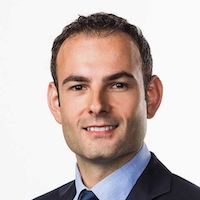 Eric is the CEO of Tego, an insurance agency offering specialist indemnity insurance solutions for the healthcare and life sciences sectors. His qualifications include a bachelor’s degree in business and law, a master’s degree from UNSW in law and management and an MBA from the AGSM.

Interested in obtaining a quote? Contact us and one of our customer service representatives will be in touch.