Causation - What you Should, And Should Not, Ask Your Expert - Tego 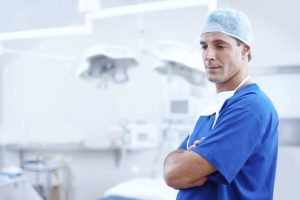 When medical practitioners are sued, they understandably tend to conclude that if they have made a mistake, they are liable for any injuries the patient has suffered. However, for a patient to be successful in their claim against a medical practitioner, the law requires that they prove not only that the doctor breached his or her duty of care, but that the breach caused the loss.

Coote v Kelly : How well do we understand causation?

The recent decision of the NSW Court of Appeal in Coote v Kelly1 suggests that lawyers, like doctors, struggle with the issue of causation. As a legal concept, it can be quite obtuse, but getting it right is crucial. The background is lengthy as the litigation spanned five years, with two trials and two appeals.

The facts: On 3 September 2009, Mr Coote visited his general practitioner, Dr Steven Kelly, who diagnosed him with a plantar wart on the sole of his left foot. In early March 2011, a biopsy revealed the lesion was in fact a malignant melanoma which had metastasised.

In a judgment delivered on 13 October 2016, all three proceedings2 were dismissed on the basis that no breach of duty had been established. Davies J also concluded that, had he found negligence on the part of Dr Kelly, Mrs Coote had, nevertheless, failed to establish causation (second decision). Mrs Coote appealed the findings on both breach and causation.

The decision: The appeal was dismissed.

The case centred on the competing evidence of Mr and Mrs Coote on the one hand, and the medical practitioners (including Dr Kelly) on the other. Mrs Coote’s evidence was that before her husband’s first consultation with Dr Kelly, the lesion on his foot was pigmented. The evidence of Dr Kelly and the other doctors who saw Mr Coote was that there was no pigmentation. This evidence was relevant to both breach – the diagnosis of a plantar wart would be unsustainable if the lesion was pigmented – and causation – if the lesion was pigmented that fact could be used as evidence in determining when it metastasised.

The case was run on the basis that the melanoma needed to be removed before it metastasised. The trial judge had not been satisfied that, had there been a melanoma in late 2009, it had not already metastasised by the last time Dr Kelly saw him in August 2011.

What is so interesting about Coote v Kelly?

Coote is essential reading for lawyers who engage experts for opinions on breach and causation. When framing questions for experts, it is important that the questions are clearly defined, concise and consistent. Posing a question which has a hypothetical – and ultimately disproven – factual assumption is potentially dangerous, cumbersome and expensive.

In Coote, the expert witnesses were asked to form a conclave, and so the questions put to them were drafted jointly by the parties’ solicitors. The Court was critical of the questions as they referred “somewhat indiscriminately, to “metastasis”, “metastatic spread or distribution”, “metastatic spread to distant organs” and… somewhat randomly to possibilities, probabilities and events.”3

The first question asked was whether it was possible to say that the lesion was metastatic at the various dates Mr Coote was seen by Dr Kelly. The Court was critical of this question for two reasons:

Scope of question: There was conflicting evidence as to what the lesion was at the relevant times.4 Therefore, the question should have been “was this a melanoma?” and not “was it metastatic?” The experts should have been asked whether the lesion was, on balance, a melanoma at the relevant times. If the answer was “no”, then the issue of causation goes away.

Test for causation: The standard of proof for causation is probability, not possibility.5 If the answer to the first question (above) was “yes”, the next question should have been “on the balance of probabilities, had the melanoma metastasised as at that date?” If the answer was “yes”, then causation is established. Kiefel J (as she then was) says in Tabet v Gett “the common law treats what is shown to have occurred as certain.”6

As framed, the questions overly complicated the exercise and set up a hypothetical framework for the determination of causation which Basten JA considered inappropriate, saying “[t]here was some degree of awkwardness in asking whether a melanoma, which had not been shown to probably exist in that period, had been shown probably not to have metastasised.”7

Would it have made any difference?

One might ask, does it really matter? In short, yes. The outcome may have been different if the questions had been separated out into logical stages as above.

The above exercise is of course artificial,8 but it demonstrates that drafting clear, sequential and factually sound questions has the potential to tip the evidence in your favour, and that just might mean the difference between winning and losing.